With Priebus out, A.G. Sessions pushes back on POTUS

After an especially “interesting” week of drama in the Trump Oval Office, it’s easy to lose track of what all happened. The big news on Monday (7/24) was Trump’s tweets relentlessly bashing his Atty. General and early campaign backer, Jeff Sessions of Alabama. 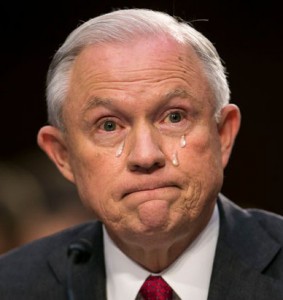 After being brought to tears by Trump’s Tweets, Attorney General Sessions is pushing back, with support from the Senate and House.

By Wednesday (7/25)  Trump tweeted a major policy change: the military will not allow LGBT citizens to serve. This caught the Pentagon brass by surprise, and served as a distraction from updates on Congressional probes into Russian connections with the Trump campaign.

Then, a late Wednesday night phone call by (not yet actually serving in the position) Trump’s new capodicena, Anthony “Mooch” Scarmucci, to New Yorker writer Ryan Lizza, really blew up the news-cycle.